What are the different ways that fish hang out?

Let’s start with the most casual of get togethers, and work our way towards fish BFF’s.

Aggregation: Fish, hanging out. Unstructured aggregates might be different species, sizes, ages.  Maybe just hanging out in the shade of a boat, maybe around a food source.  Sort of like people at the food court in the mall.  Maybe near a nesting site.  Really, like a casual get together, not planned ahead of time. If fish start communicating more and more they become…..

Shoaling: Fish, hanging out together but in general acting independently.  Fish show awareness of what the other fish in the shoal are doing, perhaps by adjusting their direction or speed based on the shoal. Fish may be different sizes, or different species, but swimming together and with a purpose. Once fish start getting more selective about their group they become….. 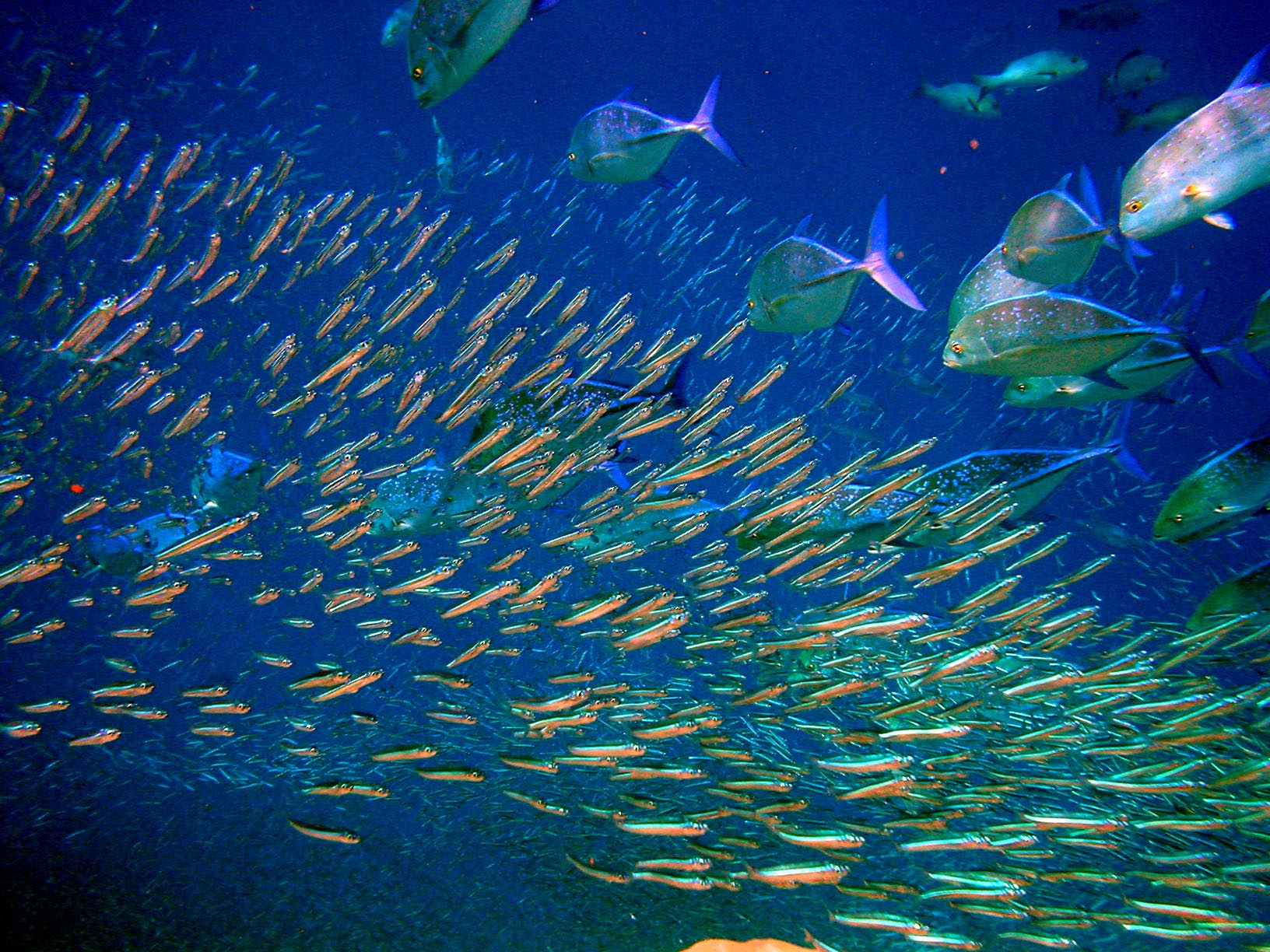 Schooling: fish of the same age, size and species swim together at the exact distance apart, forming a very tight, close school.  The idea behind this is: confuse predators, when they don’t know which fish to go for, maybe they’ll go for none.  And odds are, unlike Katniss, in your favor.  Also, because you all move at the same time and in the same direction, you may look like a bigger fish, instead of 1000 little fishes, and 1000 pairs of little fish eyes are better at spotting predators (and yummy plankton or food sources).  However, so many fish so close together breathing the same water depletes the oxygen around them.  Makes me hyperventilate just thinking about it.

Schooling is a specific type of shoaling, but not all shoals are schools.

Amazingly, some shoals of fish can switch into a school (tightly knit, moving the same direction) in seconds for one reason or another, and shift back again into a blobby shoal. 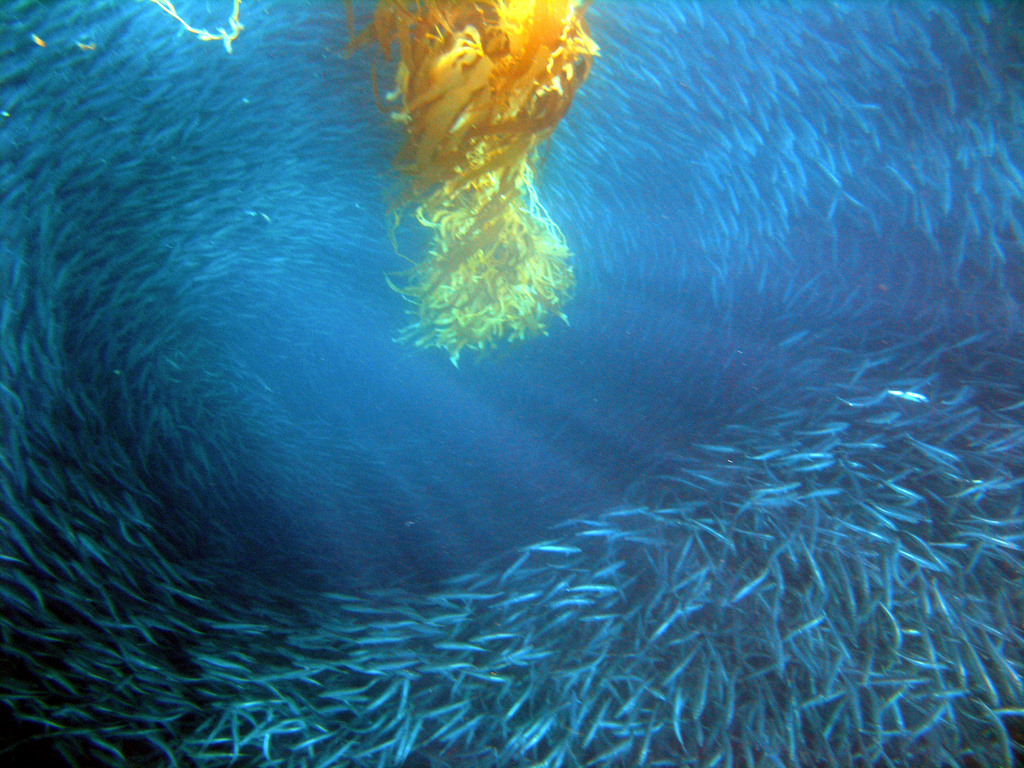 Bait Ball: When faced with predation, schools will tighten up and form spheres, often referred to as bait balls.  Some bait balls have been observed to be 70 feet across. Predators use different techniques to round up and eat from these bait balls. 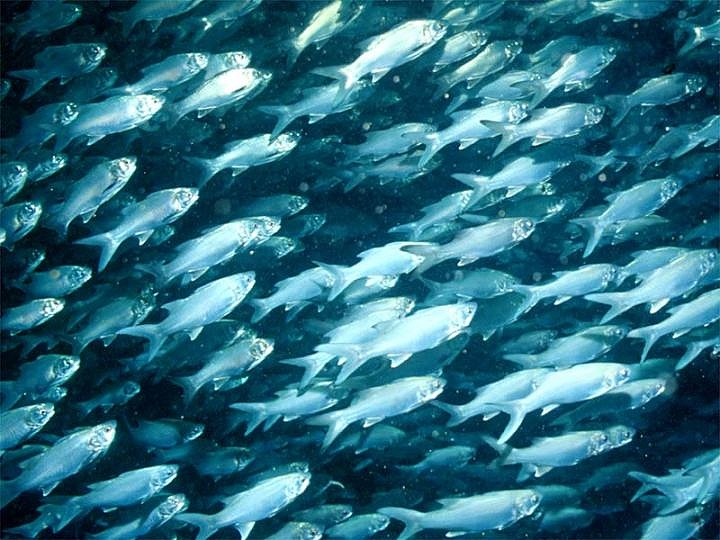 How do you shoal?

Side note: what’s a group of dolphins or whales? Called a pod, this is a social structure, not necessarily based on appearance, but relationship within the group.