*not narwhales, but like, ya know, metaphorical unicorns, literal sharks.

I have strong feelings about large animals in captivity.  Orcas at Seaworld, for instance, are confined to a life in just a tiny percentage of the expanse of water they would swim in their lives.  Sea animals may dive miles deep, or migrate the entire world.

Under discussion today is not just large sea animals in captivity, but the largest shark alive, whale sharks, in captivity.

I have never seen a whale shark in captivity, although there are several aquariums that keep them.   But I have had the pleasure of seeing whale sharks in the wild, and it’s an experience second to none.  Gliding along next to an animal of that magnitude is breathtaking.  I’ve never felt so small as I did drifting in the Atlantic ocean, next to the largest fish there is.  But it felt good too, like my problems weren’t as big as I thought.

Kenya hopes to become home to the world’s largest Whale Shark enclosure next month.  It will be located in the ocean, off the coast of Waa, closed in by rope.  It will be 2000m by 600m wide, and they hope to obtain and keep 2 wild whale sharks in this enclosure, for a full season.

Once open, people would pay approximately $100 to swim with the whale sharks, take pictures, and listen to a 3 hour lecture on whale shark conservation.  The center also hopes to start a whale shark reproduction program as well (kind of a lofty idea, in my opinion).

Twice a year whale sharks migrate this region.  The center hopes to catch whale sharks while they are migrating and release the two they have been keeping, in effect making sure no two whale sharks spend their entire lives in captivity.

Here’s why I think this idea sucks.  They plan to obtain whale sharks by a method that involves putting a rope around a whale shark’s tail, and letting them swim until they are exhausted.  This is akin to letting a toddler run around chasing a ball until his energy dies out and he takes a nap.  Then, no harm done, they tow the whale shark in to his new home.  This technique has proved  to be bad for animals, causing panic, anxiety, and death. Wild animals simply do not understand captivity, and fight for their lives in this situation.

They think there will be little effect on keeping a wild whale shark in captivity, which is a really big assumption to make, considering how little we actually know about whale sharks.

Consider if some strangers came to you, forced you into exhaustion, and then locked you into a studio apartment….for months.  Strangers came in and took bright flashing pictures of you.  You have a room mate…but he was some stranger, and besides, he’s in your “space”.  Seems like a recipe for disaster. Plus, they keep trying to encourage you to hook up.  Isn’t this putting you in the mood?

It also seems misguided to call this a “breeding program”.  We have no idea how or when whale sharks reproduce, or when the mood comes along, or really at what age they decide this appropriate.  How is forcing them into a small part of the ocean going to make this happen? Especially when whale shark mating, and birthing, would be akin to coming across a unicorn.

Here’s why I MAY be able to come to terms with it (since I can’t stop it anyway): the people encountering these whale sharks would (HOPEFULLY) be kept to a higher standard than current whale shark encounters.  There are some truly terrible documentations of people/whale shark encounters, including people standing on them, riding them, poking them, and being, in general, idiotic  around them. And maybe the conditions would inspire the next generation to not want to see these animals in captivity at all, or to encourage further conservation …Other than that, I”m really not ok with it at all.

Zoos and aquariums that attempt to take adult, wild animals out of their natural habitat and put them in enclosures have run into a multitude of problems, including the animals refusing to eat, depression, starvation, rubbing their bodies raw against enclosure sides and general rebelliousness about being forced into captivity. I can see no reason why a mature whale shark would take kindly to enclosure.  Many places have failed before them.

Truly, it is the people who should be brought to the whale sharks, and not the other way around.  It is more magical to see an animal in the wild, where it should be, thriving, living, and then to see it dive, perhaps thousands of feet, and to dream and imagine about the amazing things it may see.

*It is easy to feel apathetic about something.  We are attacked every day by people trying to play on our feelings and to rouse your sympathies to open your wallet, or your whatever, and it’s  easier just to shut down.

It does become harder to feel apathetic when you learn more about a subject.  I understand that you can’t learn about and care about everything.  But maybe if everyone chooses those subjects that ring truest and loudest to our hearts, we can make a difference by being impassioned about them.  My heart is pulled most by the sea, and especially by sharks.  I don’t know why this is, but it is, and so I wrote about this subject because I think it’s fucked up, and I want you to have an opinion on it.  Maybe it will ring true in your heart too. 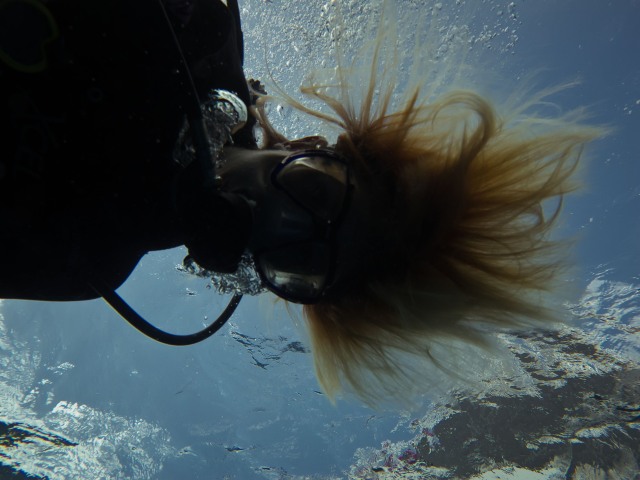 where is your heart?

Information from this article.

One thought on “Shark Unicorns*”