Spoked by Dylan Brody, on KPPC’s Off Ramp:

“I understand the comfort that many people take in apocalyptic mythology. Frankly, a swift and sudden end to the world as we know it is pretty much all I have by way of a retirement plan.

If the world is coming to an end soon, then nobody needs to take responsibility for his or her actions. Maybe some divinity will mete out rewards and punishments. Maybe there will just be a dry husk of an overheated globe with bacteria-laced winds and orgiastic cockroaches slowly eating away the flesh and then the bones of humanity. Either way, you won’t have to worry about mortgage payments, losing that weight your doctor seems so obsessed with, or when television gave up on writers and actors in favor of anyone Kardashian or Kardashian-adjacent. 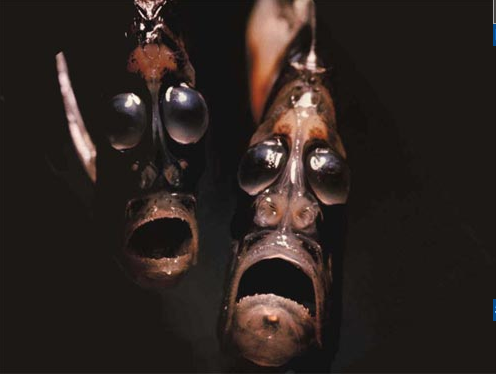 As a culture we loathe the idea of individual suicide, even for those condemned to a life of pain and suffering. Still, we romanticize the notion of societal downfall. From recurring announcements from biblical scholars who claim to know the date of the rapture to Hollywood films about global catastrophe, epidemic extinction events and alien attack, the modern imagination seems to be downright giddy about the thought of it all coming to an abrupt end.

Apart from those few who claim not to believe in the science of global warming, we seem resigned now to the idea that we have passed a tipping point, that the damage we have done to our planet’s thermo-regulatory system is irreversible. For a long time, the easy way to avoid making large changes to our society and our behavior as individuals was to deny that change was necessary. Now that we know it is necessary, the easy out is to say that it is too late.

Recently I talked with a young woman about the possibility of peace. She has grown up in a time of near constant war. She said, “Peace?  It’s hard to get your mind around. I mean, … is that even a thing?”  I hadn’t put forth a complex plan for the attainment of peace, mind you. I had just mentioned it as a concept. Even that was too much.

Like the loss of our glaciers, the ongoing pollution of our skies and the eventual repeated arrests and trials of a post-adolescent Honey Boo-boo, entire generations see the sheer horror of warfare as simple inevitability.

Whether we speak of a biblical apocalypse, an environmental one or one born of nuclear or chemical weapons, what we imagine is a sudden release from responsibility. When we take that apocalypse as inevitable we willfully abrogate that responsibility before we have the right to do so.

Right now we are alive, we have free will and we are the most adaptable creatures ever to build air conditioners. Let’s do the courageous thing. Let’s work toward peace, wean ourselves off fossil fuels and begin to plan for a long future.

That way, if we blow it and the world ends abruptly it can just come as a pleasant surprise.” -Dylan Brody

No.  We should never just say “screw it” and shrug it off.  Pick up your trash. Volunteer your time. Do something every day that makes the world a better place.

Plan for a long future.

You can listen to this blurb here, because it’s very funny spoken.

2 thoughts on “should we just say screw it?”