Well, it’s  official. California is experiencing El Nino, a cyclical (but irregular) series of climatic events such as warmer, less nutrient-rich waters, and increased rain fall.  What’s more, it looks to be a doozy, like the El Nino last seen in 1997-1998, which was considered the last “Godzilla” El Nino this region has seen: until now.

Godzilla is here: K. So now what?

Because of our 4 year drought, caused by the Ridiculously Resilient Ridge, which is a high pressure system blocking storms, El Nino should be a welcome presence.  Perhaps helping to break up this RRR and add some rain to parched Southern California and snow pack to Northern California, El Nino will bring some good with some bad.

First of all, parched earth means excessive rain will bring mudslides.  Secondly, even if this El Nino is as big as our last Godzilla, it would still only mean twice our levels of annual rainfall, and experts say we need at least 3 or 4 times that in order to actually END the drought.

Warmer waters have wrecked havoc on our usual marine life, wiping out kelp forests, and depriving the food chain of our normal cold water upwelling, rich with plankton. However, at the same time, its brought some zany visitors to our coast, including an effing whale shark last year.

Let’s recap some of our more unusual visitors:

To kick off this El Nino, we had a huge wave of Velella Velellas, AKA by the wind sailors, which are relatives to the Man Of War Jelly.  These are surface skaters, who literally travel “by the wind” and their arrival on our coast in droves in 2014 may have symbolically and literally marked a change in the wind.  And for a successful El Nino, we need a change in the wind: we need the trade winds to reverse, in order to allow this warm water stay on our coast.   As of now, that’s what’s happening.

Next: a huge tide of starved sea lion pups, significant in their numbers, and their critically low average weights.  Sea Lion pups usually wean from their mother and then hunt on their own, but after many pups were weaned too early, they were unable to swim far enough or to find enough fish to sustain themselves. This was symptomatic  of the breaks in the food chain caused by the warm water. 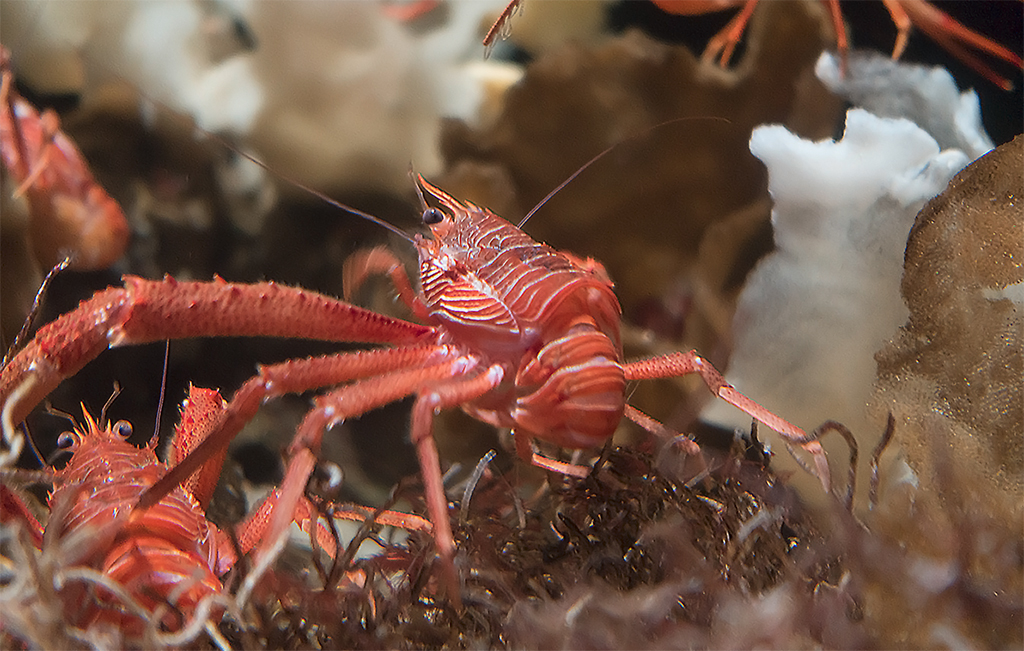 Followed by: a wave of Pelagic Tuna crabs, many washing up on the beach, or getting caught in a certain Merbabe’s hair while scuba diving, these free swimming bright red fellows took over for a weekend, before littering the beach with their carcasses.

Hammerhead sharks: multiple sightings have been confirmed, including a mistaken identity bite in the channel islands. These sharks tend to prefer warm waters and coastal shelves as their hunting grounds, but seem to be happy to fish in our currently warmer than usual waters.

Green sea turtles: yours truly dived a few times with a green sea turtle who had made a home out of Isthmus Reef at Catalina Island.  Bizarre, but not unheard of: although turtles do need warmer waters to keep from freezing, as they are reptiles, and Southern California winter waters can get to the low 50’s, much chillier than sea turtles prefer/handle.

What else could come? More bait fish, bringing larger fish who EAT the bait fish, like mahi mahi or tuna. Maybe even pufferfish.   Keep your eyes peeled, as the ocean will most certainly surprise us over and over again during this Godzilla sized event.

a good article about our current El Nino

Inspiration behind the idea of this week’s blog