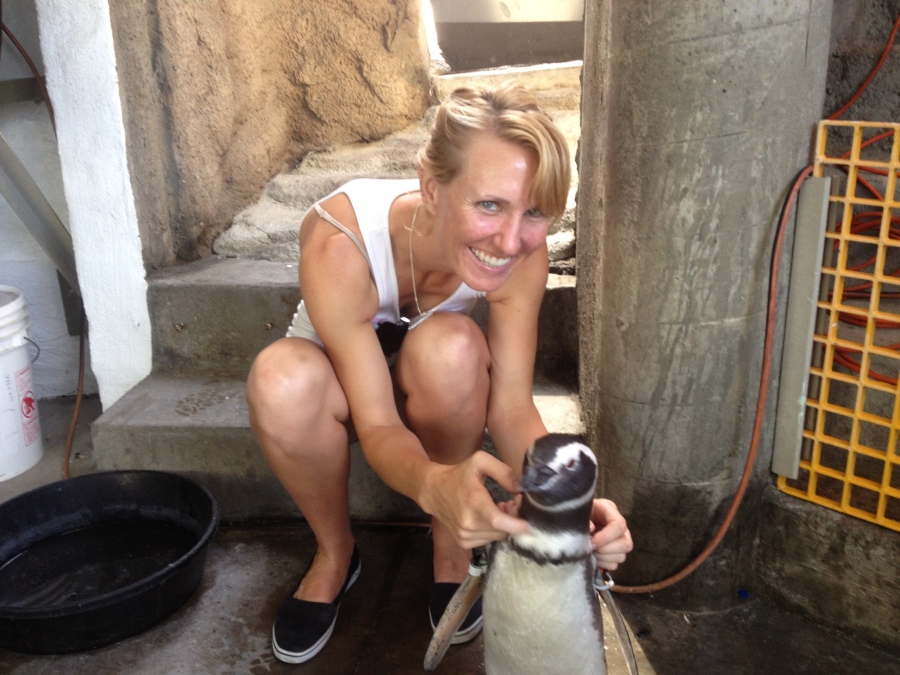 I wish I had a better explanation, but for a long time, I have been hankering to become acquainted with a penguin. It is a goal I share with another kindred spirit, and it seemed like a goal that was doable, but had thus far evaded me.

I can’t speak for all penguins, but I was so pleasantly charmed by Newsom (although I suspected I would be).  My first close up view of him came while he was preening instead of eating his early lunch.  (Note: penguins do a LOT of preening, in this they are like cats).  Finally, he realized he was being watched and came and stood by the gate until we let him waddle through.

As he also waddled into my heart.  I sat nicely on a stone step and my adoration of Newsom started.  His walk,  the way he would move his head so bashfully,  holding his wings out behind him as he came over, and even the way he acted so interested and then disinterested.  I was charmed remembering my darling cat Tibby, and how she only wants to be in when she’s out, or that she wants to be pet and cuddled,  until she doesn’t.  Newsom wanted you to look at him, then he wanted to be left alone.  He wanted to be near you, but then he wanted to be away.

I never had a chance.

Thanks Newsom, thanks Jeff.  You made a girl’s dreams come true!