1.17% of the world’s ocean is under protection, or considered a Marine Protected Area, which is basically a national park that lives underwater. Commercial or private fishing is not allowed.  Essentially, these areas have to be left alone to heal and regrow.

California passed a law in 1999 called the MLPA-The Marine Life Protection Act, which split coastal California into 4 sections plus the San Francisco Bay.  Those sections were allowed to create their own MPA zones and regulations.
There are different kinds of MPA’s. 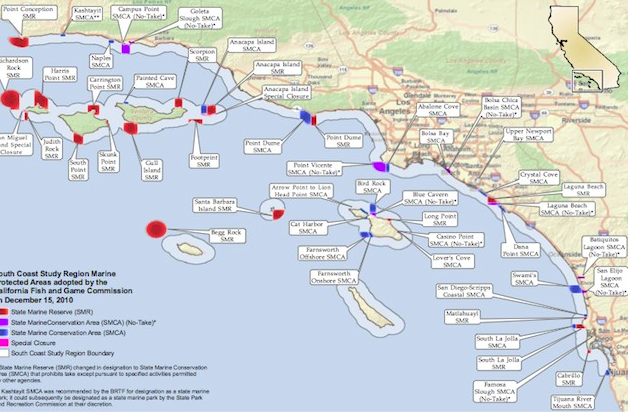 1) In a state marine reserve, it is unlawful to injure, damage, take, or possess any living geological, or cultural marine resource, except under a permit or specific authorization from the managing agency for research, restoration, or monitoring purposes.

2)In a state marine park, it is unlawful to injure, damage, take, or possess any living or nonliving marine resource for commercial exploitation purposes. Any human use that would compromise protection of the species of interest, natural community or habitat, or geological, cultural, or recreational features, may be restricted by the designating entity or managing agency

3)In a statemarine conservation area, it is unlawful to injure, damage, take, or possess any living, geological, or cultural marine resource for commercial or recreational purposes, or a combination of commercial and recreational purposes, that the designating entity or managing agency determines would compromise protection of the species of interest, natural community, habitat, or geological features

4)In a state marine recreational management area, it is unlawful to perform any activity that, as determined by the designating entity or managing agency, would compromise the recreational values for which the area may be designated.

5) A special closure is an area designated by the Fish and Game Commission that prohibits access or restricts boating activities in waters adjacent to sea bird rookeries or marine mammal haul-out sites.

California has had wonderful success with their MPAs.  Fish size and diversity have increased since their implementation, and in central california, lobster size has increased.

Follow the jump to read about more MPA success stories.

But I mention this because President Obama has promised to create the largest MPA in the world, which would more than double the size of all the world’s marine protected areas.  As quoted from the BBC

Fishing and drilling would be banned from an area that could eventually cover two million sq km.”

What happens when the ocean is allowed to regenerate? Well, a major food source is allowed to replenish, and recover during fishing intervals, and areas like tropical reefs can regrow. Keystone species like sharks find refuge, because even though sharks are movers and shakers and travel long distances, they are often captured within coral reefs, and protecting those areas protect all those who may be traveling through. 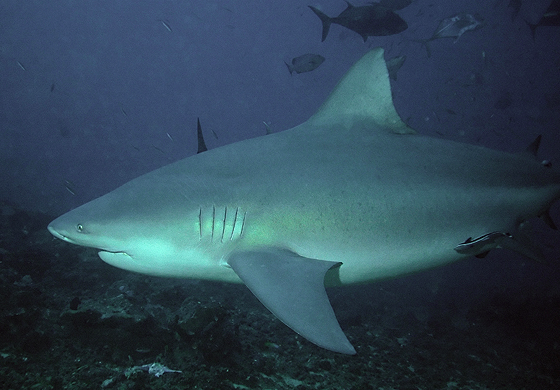 In fact, I can’t think of an instance when protecting the ocean caused any sort of problem, besides not lining the pockets of those who consider the ocean an inexhaustible supply.  unfortunately that is how many people consider it, and its supply is diminishing.

Consider the Pantheon in Rome, Stonehenge, or the Mona Lisa.  Each item is protected because overexposure causes damage, and that damage deteriorates the item.  If we treat our ocean this way, its only a matter of time before its beauty is lost, and the relationship we rely upon with it is gone forever.

One thought on “Marine Protected Areas, A Safe Space”