Endemic species or plants are organisms that only occur in one geographical region.  This could be a fish that is only found on one island, or it could be a plant that only grows on one coast of a continent. It could mean that it only occurs in one ocean-or just a tiny piece of the sea. ( There is in fact, another definition of Endemic which i will address another day…)

Endemism is more frequent in areas that are highly isolated.  It’s one of the reasons that the Hawaiian Islands and Australia are so special…for instance, there are 71 known birds that are endemic to Hawaii.  Many of the them have disappeared from those islands -which means that they are just gone from this world…forever.

Our world has become increasingly connected.  Barge ships bring invasive species in their bilge.  People bring their pet cats to live with them in secluded areas.  We bring fruit to new countries.  We can take off in LAX and land in Sydney the next day. You can eat fresh fruit all winter, and have squash in the summer.  But there are some things that still only occur in one place.

How does this type of individualism occur? One way is that an animal or plant gets separated from its main group in an isolated area.  Once there-certain characteristics are required for survival and then become commonplace because of evolution. This is called: autochthonous. Evolution occurs in a particular place, so they have become best adapted to that place. I always think of Darwin’s Finches in the Galapagos, originally the same, but now unique to each island.

Allochthonous  species have evolved in a place that is no longer found, but continues to live somewhere else.  Some people use the term relict to describe Allochthonous Endemism.  For instance, Koalas evolved elsewhere, but reside now in Australia…and nowhere else. They are a relic of the past, of the area from which they originated.

Isolation and evolution work together to change the characteristics of an animal, but oftentimes this uniqueness works against the survival of an animal.  For instance, one of my favorite endemic animals is the highly endangered Monk Seal of Hawaii.

Hawai’ian Monk Seals only exist today because of conservation efforts. Their numbers are declining because their requirements for a healthy life tend to run counter to what humans believe nature is entitled.  Their population is threatened by human encroachment, fishing nets, ocean garbage, disease,  and of course-lack of genetic diversity. Their numbers took a huge hit in the 1800’s when humans hunted them for their skins with abandon and almost wiped them out. 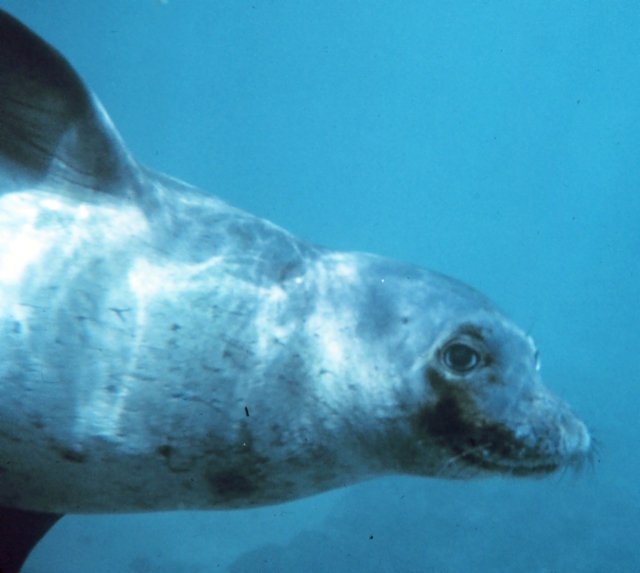 Hawaiian Monk Seals are a blast from the past.  They have lived in the Hawaiian Islands for millions of years, migrating between 4 and 11 millions years ago through the Central American Seaway. They arrived before the Polynesians ventured over.

Their closest relative is the Mediterranean Monk Seal and the (now extinct) Caribbean Monk Seal, which you may notice are nowhere near geographically.  Millions and millions of years ago, these groups split up and became evolved to suit the area that they arrived in.  They existed until now-and are threatened at this time primarily due to our carelessness.

So as you are stuck in traffic this morning, or waiting in line in the bank surrounded by people, marvel at the fact that there are still animals and plants in the world that can occur in only one place.  There are precious unique snowflakes in the world, and without our care and thought and hard work-they could disappear forever. To be unique is to be vulnerable-if the area that you are evolved solely to live in is gone-there is truly no place for you to go.  Let’s keep working towards taking care of those species that are unique to us, and make us a more diverse and beautiful world.

From the totally unique, but in a much more exact sense, not,